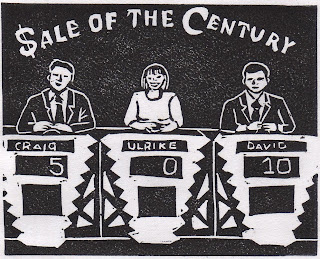 Once, I was a contestant on a TV game show. It was a sort of bravery dare to myself and it was exciting but I was very, very nervous.

Apparently I somehow made the other two contestants very nervous too and they made lots of mistakes. Which was surprising because, the night before, David the ‘carry-over champion’ nearly had the highest score ever. But on this night, the three of us managed to achieve the lowest scoreline in the history of the game.

Anyway, I won lots of prizes even though I only lasted a single episode.