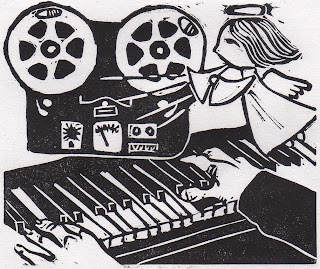 This morning I was sitting at my desk, listening to the sounds of a piano that were drifting into my apartment. I thought, “How nice that someone’s piano practice today is Satie’s Gnossiennes.”

Only a little later did I realise that it wasn’t someone doing their piano lessons, but that it had wafted up from the shopping centre down below. Mostly the shopping centre’s music isn’t as pleasant as Erik Satie. It gets switched on early in the morning and although it isn’t loud, it is always there. Until mid-morning, that is, when other noises join in and the muzak is drowned out by the coffee grinder of the café downstairs, and the gardeners in the courtyards, using their blowers and hedge trimmers, and general people noises.

One night in December, they forgot to turn the muzak off in the evening, and Christmas carols penetrated my brain the whole night through. When I woke up the next morning, I was very tired.