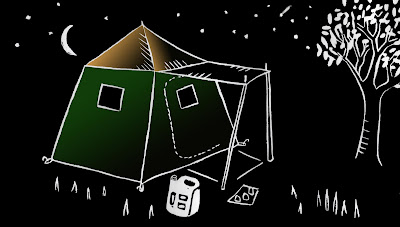 Each day at work, my father was surrounded by people. So in the holidays, he just wanted to get away from people. And explore the Australian countryside.
While most of my classmates had seaside holidays, my family preferred to head for the desert for the holidays.
While we were at school on the last day of term, my mother busily packed everything we would need for two weeks away from civilisation: sleeping bags, tent, camping cooker, cooking utensils, lots of water, food supplies, cameras, torches and matches. Each of us kids packed our own small bag of clothes and a few toys, books and paints.
The next day, we would be on the road before sunrise. We headed out of Sydney and drove and drove and drove. Many of the roads and even highways were still unsealed then. Gravelly, dusty and pot-holed. If a car or truck came in the opposite direction, we would spend the next few minutes choking on red dust.
It would be close to sunset, after a full day of driving, that we would look for a suitable remote spot to make our camp. The holidays that were the most fun were the ones where we camped near a river. My mother and father worked quickly to get the tent pitched before sunset.
In our own world away from it all, we saw kangaroos, emus, goannas, snakes, galahs and also rabbits and foxes. Some days we went on long bushwalks; other days we stayed at the camp and relaxed by reading or painting. My brother and I scraped elaborate roads into the red dirt to play with our matchbox cars. We also built towns with houses out of sticks and leaves because the roads had to go somewhere. This game could consume days.
The nights were filled with strange bush sounds and all around it was incredibly black but up above there were just millions of stars. And always a shooting star.